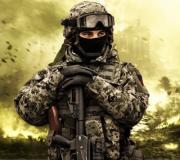 - Added rulers for Heracleia Pontika and Amastris after Lysimachos' defeat

- Added provinces in the Tarim Basin

- Added the Pythia of Delphi. Doesn't do that much at the moment

- Added the 29th and 30th dynasties of Egypt. Currently not in title history though

- Added rulers in the Saharan provinces

- Most realms now default to Primogeniture since Gavelkind seems broken

- Removed k_cappadocia under Seleucid rule and gave them d_cappadocia instead.

- Removed incapable from Philip III. He will still need a regent though

- Eumenes no longer gets the 'Recently conquered modifiers'