* Ships now cost manpower to build. The largest need like 800, while sixth rates need only 150 or so.

* Ship firepower rebalanced; ships now basically have 1 point of fire per cannon. This means a First Rate has 120, while a piddly little sixth rate has 25. Galleys now have some guns (5).

* Ship combat rebalanced; a ship now has 1 combat attack and 1 combat defence per 10 crewmen. This means gallies (250 men) are equal to a fifth rate if they can make it to the combat phase.

* Rebalanced combat extensively, to the point where I've redefined the phases:

Now, anything with a gun takes part in the Bombard phase. This represents more or less any fighting which involved shooting at each other. Artillery excel at this and can cause very heavy casualties. Bombard initiative now represents range, so Artillery have very high initiative in this phase, as do the rifle-armed Light Infantry units.

Pursuit represents the phase where one side or the other is withdrawing and harassing the enemy. Light cavalry and light infantry do well here.

* Infantry are now the toughest units; they form an army's soak value. Artillery and cavalry are great for hurting things, but will take a lot more damage than infantry units would.

* Changed all attack and defense stats.

* All Minors now have cities.

* Added a bunch of colonels and petty officers to most countries. 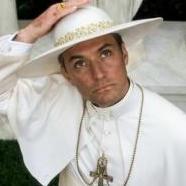 * Rebalanced and reshuffled a few ideas.

* Interest now much, much higher initially. Economic ideas now much more dedicated to reducing loan costs, with most of the old ones being moved to Industry.

* Austrian army in Belgium now much more powerful (tho will likely still get crushed by the French).

* Everywhere now starts out with a leader. about 90% of them are historically accurate.

* Included a bunch of historical generals from Cynwulf's list.

ИзмененияНажмите здесь!
* Half a dozen new generic events for all nations - go through a Credit Slump, deal with a Firebrand Preacher, enjoy a festival, or get lucky with a Colonial Venture.

* Overseas Holdings can now be taken away from you (by event) during a war.

* Fixed AI issue with it not building armies.

* Adjusted some other weighting for AI anyway.

* Sorted out out a few more city connections.

* Fixed the Reign of Terror event. 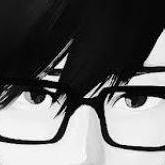 Изменения:Нажмите здесь!
* Vassal payments reduced to 25% of income (from 50%). Vassals are now much more likely to actually have an army as a result.

* re-added Eyalet, which had vanished.

* added an event which will change an Eyalet to Enlightened Despotism if it's no longer a vassal of the OE.

* Moral bonuses from land and sea dominance reduced too.

* Had a stab at a German Formation decision; Basically, any country with a German primary culture should (in theory) e able to form Germany now, so long as no-one aside from itself and it's vassals own any German cores. I'm not entirely sure it works, tho; the decision appears and doesn't bork anything, but the tooltip seems screwed up. Someone test it out if possible - Prussia should be able to manage it, tho it does mean kicking the Brits out of Hanover.

* Cities now give a small amount of tax income (£1)

* Fixed a few provinces on the Franco-Belgian border

* Sorted out the appalling mess in Poland's Brigade file. * German and Italian cores removed to stop AI from releasing them as vassals.

* A load of brigade foul-ups fixed.

* Added a bunch of border fixes, courtesy of leadshooter

* Russian cores finally removed from Brest-Litovsk and Pinsk, so hopefully the Ruskies will pick a better peace deal.

ИзмененияНажмите здесь!
Gave Austria Antwerp as that was definitely not part of the Netherlands then and isn't today.

Fixed cultures on English-Welsh border and renamed British to English in the Localization Files.

Put Kurdish in the Iranian group.

Fixed culture on the Austrian and Swiss borders.

Made more areas in Spain Catalan where appropriate.

It seems that Porrentury was Swiss so I gave it to Switzerland. I made the Suisse culture Germanic and changed it in the localization files to be Swiss. Did a few culture fixes around Switzerland to reflect this.

I made Bruxelles and Louvain Flemish as they were in this era.

Noticed that the shape of Italy was still off but found that Tolmezzo was Venetian so it fixed that a bit more.

Gave Elba to Tuscany from France.

Last fix also removed random Russian core from the middle of Poland but forgot to mention it.

Changed cultures in eastern Moldava from Ukrainian to Romanian.

Updated city connections file to reflect some of these changes.

* Shetland Islands now called 'Shetland'. Now have Scottish culture. Now have Lerwick as capital rather than Torshavn, given that Shetland is not actually in the Faeroe Islands. Now have a British core.

* Poland's back to being a feudal monarchy, as otherwise it's far to rich, stable and powerful. And tbh, the constitution was overthrown pretty quickly anyway.

* Somehow managed to get the AI to accept the changes that were made previously to units, and yet the UK still builds things. I have absolutely not idea how, tho, since I basically just copied the contents of each file from the non-working ones to the working ones. Probably voodoo.