Baron names hidden on some races

Reduced bonus for being Phoenix King/Everqueen

Fixed Everqueen not having the everqueen trait

Dwarf Holds should now autobuild on all kinds of Mountains

Fixed a title history issue with one Dark Elf province

Added Religious icons for the High/Dark Elves and the Lizardmen

Made people 50% more likely to refuse the call of chaos, and cultist plots take 50% longer now (This should also further reduce the rampant demon summoning

made demon armies not inheritable

Made the Dragon Isles Lizardman (except the northern tip of the northern isle, which is apparently a Chaos Dwarf slaver outpost)

- Updated titles group Norsca to start with Agnatic like intended

- Undead should now be immune to all diseases and infirmities

- Witch Hunters now root out open chaos worshippers, just like they do open vampires if you have any in your realm

- To summon demons, you now need to be higher tier than baron, plus (for the AI) have either lunatic, ambitious, or zealous traits

- Vlad gets more event troops since he always loses these days

- Added decision to restore Everqueendom if k_Averlon passes to someone else

- Added flags to many titles

- Made mod title in launcher consistent

- Updated god names and high god names for everyone

- Child wards can now only change culture to guardian's if they are the same culture group, plus other minor tweaks and fixes

- Fix: Everchosen quest cannot repeat now (via global flag, so for now, only one everchosen can appear per game, but since his empire doesnt dissolve on his death, people will just have to fight for the title internally through normal ck 2 mechanics)

- Code optimization; A lot of events moved to trigger from on_action pulses

- Moved Luthor Harkon to the coast

- Orc children now have a "father", and chaos cultists/open worshippers in your realm will now no longer hate you if you turn to chaos openly

- Added traits for isolationists, interventionists and a dynastic stain for sons of a burnt Phoenix King

- Restricted Holy Wars only for interventionist Asur under e_ulthuan

- Added decision to cross the flames of Asuryan for Phoenix King

- Added decision to take a stance

- New events for Asur coronation of the Phoenix King

- Orcs and chaos can now use the slavery system too

- Changed start date so there's no snow on the starting screen

Cadai worshipping Asur with court inside Ulthuan will no longer create an independence faction, unless they are the player

Added combat_rating for all traits needing it

Modded so dwarves will not get old before 200; fixed hidden vampires still getting the trait old at 50

Activated Holy War for Asrai until specific cb are created

Finalized all the religious descriptions and polished some others

Split up some Athel Loren duchies

Tzeentch will now toy with his weaker followers, giving them a chance to learn magic, or fail and become a mutated monster

Given the High Kingdom title to the king of Karaz-a-Karak ( Actually canon, Alrik was High King around 2010 )

Kislevite religious head made landless so that it can't be created

Vampire Coast title added for Luthor Harkon to play with

Added retinues for Chaos and Norscans, with chaos god specific champion retinues (Heavy Infantry with good stats) plus a cultural retinue for the wastelanders

Fixed and changed Berserker chain, will no longer be built 4 separate times, also only available to the Norse

Fix for endlessly repeating Bretonnia event for those past age 35, asking if they want to stop or continue questing

Added events for followers of Khorne

Amazon updates: they should be almost playable now but still WIP

Cheaper and faster reinforcement of retinues

The Sisters of Twilight added

New flags for Amazonia and Lustria

Fixed interface overlapping and some wrong links between icons and decisions

Added at least one dynasty member for each Wood Elf family besides Lord Daith and Araloth the Bold. This should stop any families from dying off too quickly!

Increased ratio of black-haired druchii over white haired ones

You can now recruit engineers as a dwarf ruler

Lizardmen must appoint Saurus as marshal/general, if they have any

Edited Break_up decision to prevent player from breaking up with concubines

Added recurring events for the retire with harem decision

Added icons for the bookmark images

Reduced the AI trigger for going on grail quest to having 10 martial, from 15, which should lead to more AI grail knights

Made it so Old Gods worshippers (when AI controlled), might also try to holy war against land in the Chaos Wastes

Greenskins have access only to 1 set of laws, this represents roughly a mix of the vanilla tribal organization and centralization laws

The Greenskin Power law has 4 levels, besides the default one, and will automatically advance to the next level at 250, 500, 750 and 1000 prestige respectively in one year's time

You can spend the prestige requirement to enact the next level of the law using the "Impose your rule" decision, but it will incur the wrath of a Greenskin pretender that'll challenge you do a duel. If you lose or escape the duel, the law will go one step down

Greenskins are MEANT to be played exclusively as tribals; no Greenskin aristocracies or merchant republics ( Just try and imagine group of Orc traders discussing about imports and exports ). As such, they don't have access to the Adopt feudalism/Become a Republic decisions and can't convert tribal holdings into castles, or cities

Greenskins get a decision to colonize a province and "Orkyfy" it's holdings. This decision will instantly convert the main holding of the province into a tribe, and add a province modifier that, in the time of 4 years will make the province flip to the Greenskin character's culture and religion, and transform all non-Temple holdings into Tribes

Greenskin colonization is stopped if any non-Greenskin conquers a province when it still has the "Greenskins settling" modifier. The modifier will be removed and the main holding will be re-converted into a castle

Greenskins don't have access to the "normal" tribal building tree, but can build special buildings which help mitigate the fact that they can't become feudal or republican

Greenskin Emperors and Kings can get a "Weak Warboss" triggered modifier if they're one of these: under 9 martial, have less than 9 martial stat, are imprisoned, or have the traits weak, incapable, infirm, weak, craven, clubfooted, wounded blinded or hiding

When a Greenskin Emperor or King dies with the Weak Warboss modifier, it's realm crumbles. All the Emperor and King tier titles that they held are destroyed, and all its vassals become independant

Myrmidia's Empire + a Myrmidia Incarnate trait for the restorer ( Basically, a copypaste of vanilla's Restore Roman Empire decision, with some changes )

Players now get +1 suspicion from only imprisoning accused cultists when a witch hunter comes around (before it was -1, and could be abused)

Witch Hunters no longer keep accusing the same people sometimes; exonerated characters get a flag, which is removed on average every 2 years after the investigation which makes them immune to further/new charges

Added Norscan-to-Chaos gods events, they are based off of the Chaos temptation events so some testing will need to be done to see how often rulers convert

Fixed up the current Everqueen’s name and added Alarielle

Ruathym has been split into smaller parts

Modified Dwarf and fixed portraits all around so that they look less... strange

Better flag for the Blood Dragons

Vlad loses the Carstein ring after being saved from death five times, rather than when reaching realm size 150 when run by the AI

False Grail Quest: If the ruler does not see the real grail within 7 years, he sees the false grail. Can then choose to believe it, or continue questing. If he believe it, he gets false_grail religion 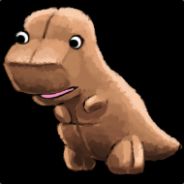 Slowdown caused by Malekith going to war should be fixed, please report here if it is still happening in your game. 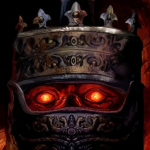 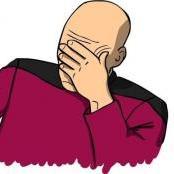