AI embarked civilian units could plunder enemy trade routes. This has been fixed.

An AI gifted City-State (or city) could cause a game hang if the player did not make their choice immediately (liberate, puppet, etc.) because if you paused, and then liberated, you could get a production prompt for the city which you no longer owned, blocking turn progress. This is now fixed.

Fix a bug that could prevent paratrooper from appearing after AI moves and was causing planes from not fading out after re-basing.

Fix a bug that could cause existing pre-patch saves to sometimes display “1 turn to construct Fishing Boats” on Tundra tiles in the tool-tip. Note, if you have already saved your game with this glitch already in place, you're stuck with it, but it's benign.

UI: Fixed the logic for calculating the total number of original capital cities a team owns and determine if there is a clear winning team.

UI: Fixed logic to make sure we always designate one player as "winning" with most original capitals controlled in the notification (which makes this consistent with the Victory screen).

UI: Fixed "Discuss" UI so you cannot ask for a DOF when one is already in place.

Crash fix: If you find a Great Work of Writing and don't have a Writing slot available, UI would incorrectly check if you had an Art slot (instead of Writing slot) available before deciding to give you the choice to take the writing back home (instead of the Cultural Renaissance). But if you made this choice and no slot was available the game would crash.

Multiplayer: Making the dedicated server be windowed by default to prevent a crash that occurs if you start the pitboss server over a remote desktop connection while in fullscreen. If you are already encountering the error, open your GraphicSettingsDX9.ini, and set FullScreen = 0.

Multiplayer: Fixed an issue where Players were unable to open incoming diplo proposals in multiplayer if they had already made a proposal of their own.

Multiplayer: In hotseat games, diplomacy with Player 0 could block diplomacy for other human players.

Windows 8 touch: Steam Layer in-game (for inviting friends to MP, etc.) was not usable. Finger clicks would read in the game even if the in-game Steam Layer was up. This has been corrected.

City-State Influence: Cleaned up influence calculations when a City-State is killed, to ensure a future liberator will be the undisputed ally and receive the intended reward.

Neutral influence is set to 0.

Negative influence remains as it was.

When liberated, the liberator’s influence is set to 150 (becomes Ally).

Science Victory: Spaceship parts require twice the time to build (or twice the gold to buy) to increase the value of the Space Victory tenets.

Change rules for razing cities to make it so the Holy City of any religion cannot be razed. 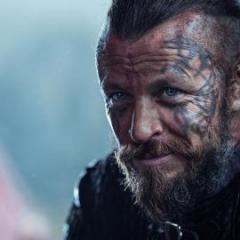 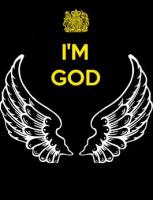 Tourism: Further Benefits from Tourism when Influential with another Civ

Popular: Surveillance boost (from above) plus Spies operate at an effective rank 1 level higher than actual rank in influenced civ’s allied city states

Influential: Surveillance boost (from above) plus Spies operate at an effective rank 1 levels higher than actual rank in influenced civ’s cities and allied city states

Dominant: Surveillance boost (from above) plus Spies operate at an effective rank 2 levels higher than actual rank in influenced civ’s cities and allied city states